An Ode to the Best Person I Know

It’s been 13 years since I met Risa Zwerling-Wrighton. As an incoming freshman at Wash U, I was relying heavily on the highly-touted advising program to guide me through the abyss of college. With no idea what I wanted to study, what I wanted to be, or who I wanted to become, I was excited to see who my assigned academic advisor would be. Were they a long-standing professor with 5 published books on their resume? Were they a dean with years of experience guiding other students through this maze? Were they a young ingénue with fresh eyes and perspective? I searched the Wash u directory for my assigned advisor only to have nothing pop-up. I was told to meet in a particular room in a building I didn’t know with my fellow advisees to meet this unknown woman. When I walked into that meeting that day, a few things stood out. The first was how small the group was – only 5 of us total. The second was realizing we were all female. The third thing was dress… I walked in wearing basketball shorts, an oversized t-shirt, mismatched converse, and a hat with a pinwheel on it (if you knew me in the mid-aughts, this attire wouldn’t come as a surprise). It shocked my fellow advisees, though. Most of them dressed nicely, even in the unbearable August humidity of St. Louis. A fellow advisee whispered across the table “don’t you know who we’re meeting?” I responded that I had looked up “Ms. Zwerling” in the staff directory and it ceded no results. “Oh my god! She’s the…” and that’s when Risa came through the door, beaming with excitement and an effervescence I was sorely lacking. 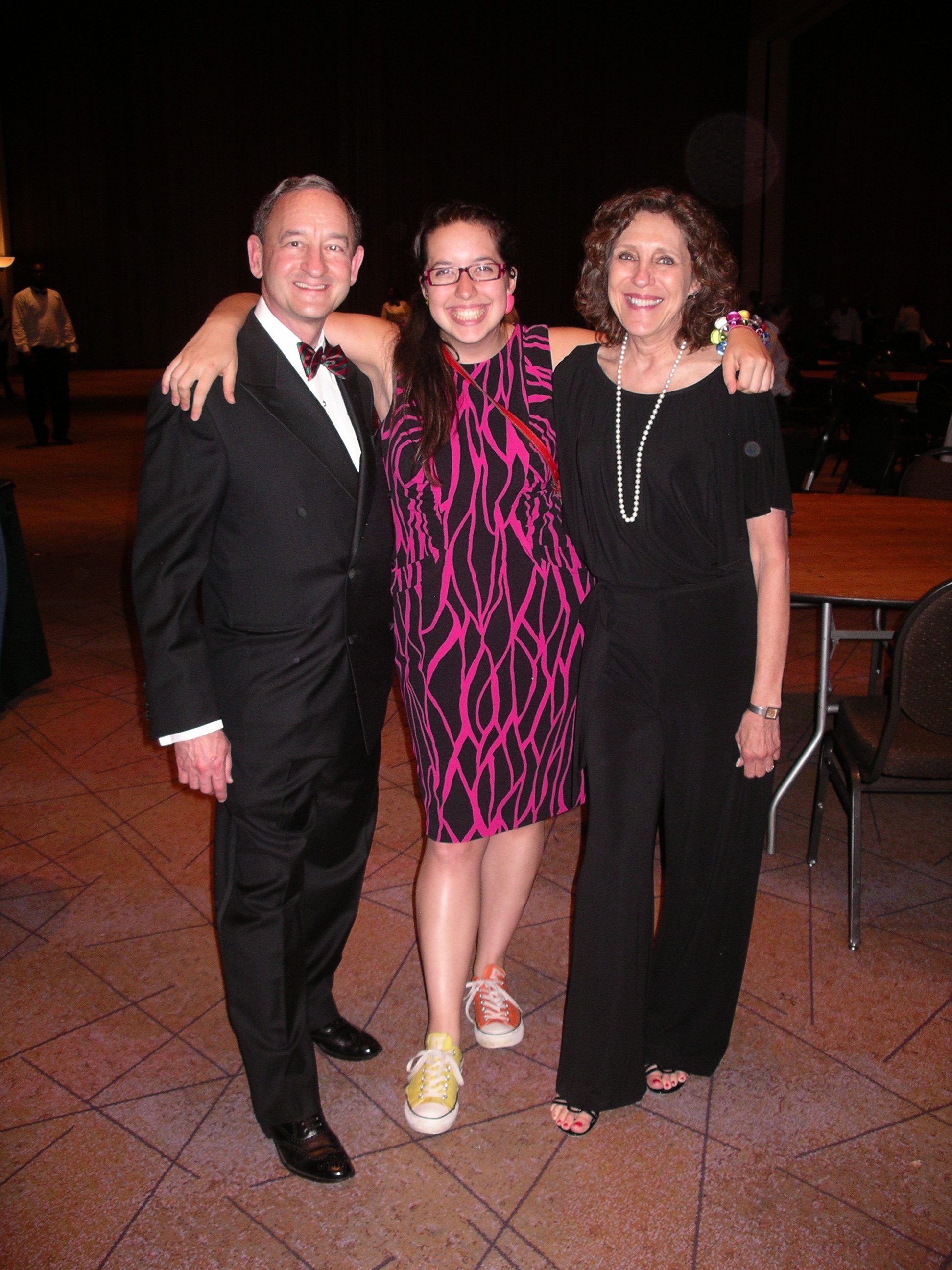 I obviously learned very quickly my advisor might not have been a professor or a published author, but she had more knowledge, access, and understanding of the university than just about anyone. Yes, she was married to the Chancellor, but more than that, she was the most respected and admired woman on campus. Risa commanded a room with a mere smile more than the most powerful men in the world did with their titles. She was revered. And I felt like the luckiest girl in the world to watch her, follow her, learn from her, and just plainly be around her.

I shortly learned I was part of Risa’s 1st-ever advisee cohort. Having never done this before, but wanting to get more involved with students, she hand-selected 5 women to mentor based on their admissions essays. I didn’t think mine, about my emotional trip to Poland 2 summers prior to see the remnants of the Holocaust, was particularly great, but that she picked me at all felt like a dream. I didn’t want to take it for granted, so maybe I leached, but in many ways it felt like we needed each other. I was a project – I didn’t know what I wanted to study nor what I wanted to do post-college. I was a bit lost in my commitment to my religion, ebbing and flowing in and out of different phases of Jewish religiosity. I didn’t know how to be myself without dressing like a member of the Insane Clown Posse. And Risa, whose daughters were now both grown and into the college and post-college world themselves, needed a project. We were a perfect match.

She guided me through the ins and outs of college – both the academic (had to hit those cluster numbers) and the harder to define aspects (the friend drama, the boy drama, the extracurricular drama, and the what the hell am I going to do drama). She invited me to gatherings at their house, including one of new professors at the beginning of my sophomore year, where I would meet my favorite Wash U professor Todd Decker. She would meet with me for coffee to talk about my passions. She would give me names of people to reach out to about internships, never discouraging me in any way. She let me call her husband Chancey, which might have felt demeaning to some, but was truly a term of endearment from me. She helped me figure out me.

By the time I graduated, I considered Risa my closest confidante and mentor. She wrote every single letter of recommendation for everything I applied for and when I ended up deciding to do Teach for America in NYC, she was my biggest cheerleader and supporter as I dove into something I wasn’t sure I would be able to handle in a city that was big and overwhelming. A New York City-native herself, Risa told me “you’re my city girl now and you’re going to love it.” 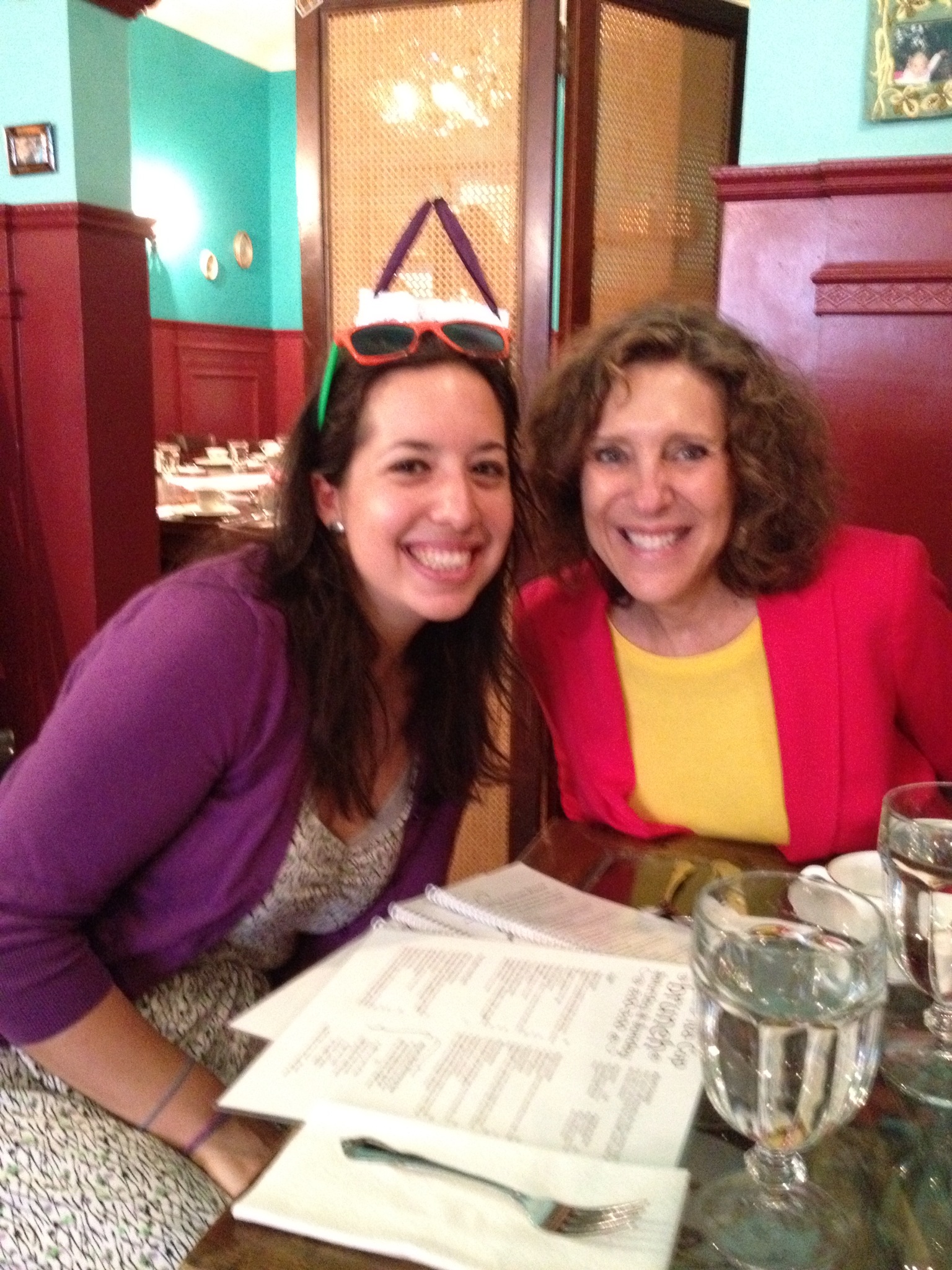 As much as we were close in college, our relationship developed and grew even more post-college. We would write insanely long emails to each other, giving the details on all aspects of our lives, ending each one with “I love you to the moon and back.” When work would take Mark to NYC, she would tag along so we could see a show, have dinner, meet for breakfast, anything that would allow us time to catch up. It also allowed me to see a new side of her relationship with Chancey. The subtle reminders to Risa to take her meds, the following of his flights on a tracker to make sure he got places safely, the carrying of her back pillow or the chairs that aren’t so comfortable. It was (and still is) super adorable. It felt like a secret I wasn’t supposed to know but made me admire her, him, and their relationship so much more.

But it was when Chancey stood up and stood on the sidelines as Risa took on the gun control lobby after her mentee Chelsea was shot and killed in the middle of the afternoon in late 2014 that I truly saw the real them. I’d never seen Risa more passionate, more moved to action than in the months and years that followed. The political ramifications, especially in a relatively red state, were not minor, but Mark knew, just like anyone that knows Risa did, that nothing could stand in her way. She was angered and empowered and used her platform and access at the University to create change. Noting gun violence as a public health issue and beginning the process of research (something Wash U does best) to prove just that became her new cause. I was in awe as I listened and watched Risa put words and sadness into action. I still am.

As my mentor had turned into my best friend, Risa never wavered in her support. She always encouraged me to date up and never settle for a man beneath my standards. She pushed me to shoot my shot – take risks in my professional life, up the ante and try and do what I wanted. While she would drop hints every once in a while about taking a job back in StL so we could be closer, she also was the one person who knew from the get-go how much me and this city would connect.

She was right. I do love it. I didn’t stay teaching and eventually through a circuitous path found myself working for Risa’s favorite baseball team from childhood, the New York Yankees. The day I found out I got the job, I called her and we screamed for a while and we just kept saying we couldn’t believe it, she stopped to say “oh Stephi, I’m so proud of you. Your dreams came true.” I could help but remember a very specific conversation we had my junior year of college. Risa and I were talking about my love of the St. Louis Cardinals and she said “you should work for them one day” And I sort of laughed it off and she got serious and said “no, I’m serious. If you want to work for a baseball team, you can work for a baseball team. We’ll make it happen.” And we did. I know it was me who did the interviews, it was my best friend Jess who edited my resume and my presentation, it was my parents who talked me through every little detail, but it was Risa who put the idea in my head and cultivated it and pushed me to reach for it and I will be forever eternally grateful.

I recently got the chance to interview Risa and Chancey on the big stage at the Greater New York Regional Campaign Celebration in early February. It was an insane honor and one I will remember for the rest of my life. I got to ask about their relationship to the university and chide them both for little things, but I also got to let a few hundred people know how much I love the woman who changed my life forever. Chancey always got the front pages, the headlines, the name drops, the admiration – and deservedly so – but anyone in the know understood it was Risa who everyone loved. She’s the brightest in any room, the warmest smile, and the kindest soul. You can’t help but gravitate towards her. As she and Chancey mark the end of their tenure in Harbison Home and begin the next chapter of their lives, the dedications have been abundant. It’s thrilling to know these 2 had such a positive impact on so many people and have created such a strong legacy. Their retirement doesn’t impact me all that much, as our relationship has existed outside the University for many years now, but I know how much they love Wash U, how much Risa loves the students who pass through its walls. So I felt the need to write this about the indelible impact Risa, and Wash U, have had on my life and my eternal gratitude for the universe putting us on this collision course 13 years ago. 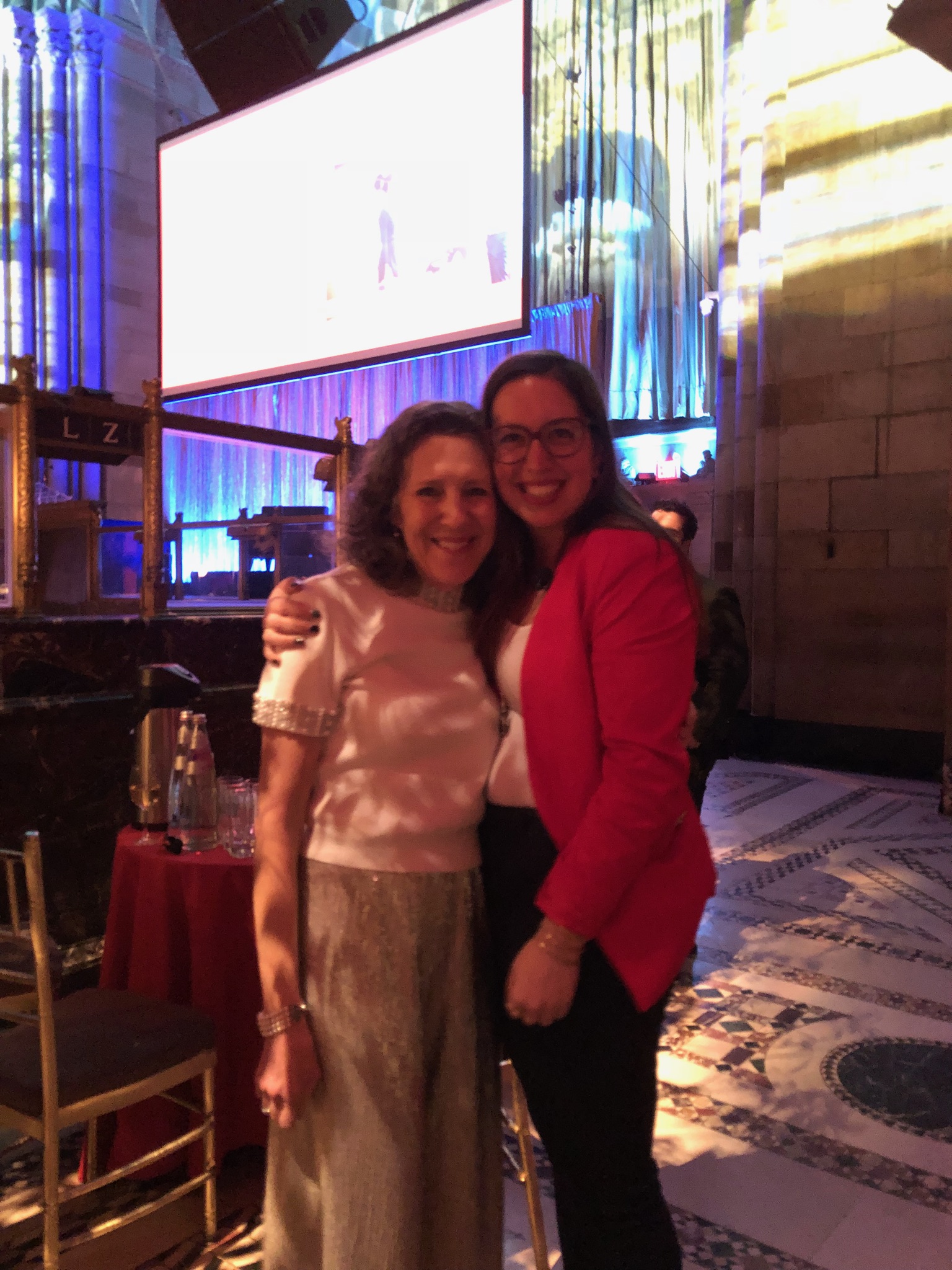 Congrats on everything, Risa. You’re my favorite human and I’m so proud of you. I love you to the moon and back.