8 Things I Love About Steven Universe 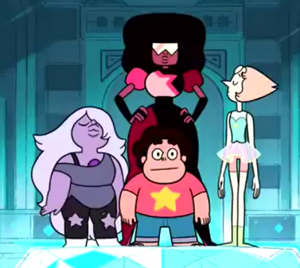 It’s December. It’s cold, it looks like midnight by 5pm, maybe you’re on winter break or have a few days off in between Christmas and New Years. What should you do with your time? Knit? Bake? Yes, but also you should start watching Steven Universe, if you haven’t already.

Steven Universe is a (kids?) cartoon about a boy named Steven who is being raised by three humanoid aliens called the Crystal Gems. It is also the best, queerest, least-problematic show on television. Here are some reasons why.

1. Female characters whose personalities are more than “girl.” 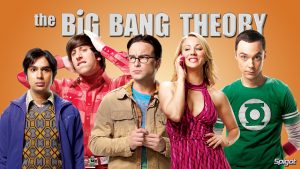 In most superhero universes, there is one female character for every 3 to 4 men. The men get to have personalities like “nerd” or stud.” The woman’s personalities usually revolves around being The Girl in a Group of Guys. Not only is there only one female character, she’s usually an archetype of femininity and highly sexualized. Essayist and poet Katha Pollitt named this phenomenon the “Smurfette Principle,” and vlogger Anita Sarkeesian gives several examples of this from children’s TV shows to video games and the Daily Show.

Not so in the Steven universe! (See what I did there?) Amethyst and Pearl take on the typical “odd couple” dynamic of fun-loving slob and uptight pedant who holds things together. Garnet is stoic and badass. They are all defined, well-rounded characters whose identities aren’t based on narrow gender roles.

I love Sailor Moon’s over-the-knee boots and skintight leotard as much as the next drag queen does. But as Anita Sarkeesian has pointed out, the sexualization of female superheroes isn’t a coincidence; it’s a norm, and a problematic one at that.

Exactly 0 of the Gems fight in heels. Instead, here are some of the things they do wear:

Even the dresses and skirts worn by more femme-presenting characters like Rose and Pearl are depicted in ways that aren’t hypersexual. (Personally, I think Rose looks like a living wedding cake. Who happens to carry a sword and shield.)

Tbqh, I didn’t initially read Jasper or Ruby as women. Neither presents as particularly feminine. (They also both have anger issues?) But they are! Women can look and act like anything on this show.

(Superfans: yes, I realize the Gems are technically genderless, but they function and exist as women in this world.)

So many kinds of bodies! And they’re all great! Garnet is tall and solidly built. Pearl is tall and thin. Amethyst is short and fat. Rose is huge!

I will concede that there’s some stereotyping in the bodies and even colors of the characters. The tough, silent character has dark skin (deep red, though it sometimes appears brown). The uptight character is thin and pale, the slovenly character is short and fat.

But the Gems know that their bodies don’t define them. (After all, their bodies are just a conscious projection of light.) No one is limited by or mocked for her body, no matter how big or small.

Steven, the only male Gem, is endowed with healing, protecting, and empathy powers, traits usually held by women.

Here are just some of the feminist values championed by the show:

Steven Universe is the queerest show I’ve ever seen. It’s queerer than The L Word, the Fosters, and several Crashpad scenes combined.

In one episode, Mayor Dewey comes looking for the Crystal Gems. When Steven answers the door, the mayor asks, “Are your sisters home?”

“Sisters…?” Steven repeats back with a confused, blank stare. The mayor continues to try to describe them: “You know, the tall one, the short one, the hot one?” All Steven can do is repeat, “Sisters…?”

I think this is the queerest moment of the show, even queerer than anything between Ruby and Sapphire or Rose and Pearl. The relationship between Steven and the Crystal Gems doesn’t fit into our traditional conceptions of family (big sisters and little brother; surrogate moms and son). It’s just something else. It’s like when a queer couple is asked, “Which of you is the man and which of you is the woman?” The question just doesn’t make sense.

This show is about a lot of things: grief, gender, family, sexuality. It also touches pretty explicitly on mental health. Reforming can be seen as a metaphor for self-care and self-reflection, and we learn that it isn’t always easy, either for the person going through the process or for those around them. But it’s necessary to be a part of the team, and to be your best self.

There you have it. There are 3 ½ seasons of Steven Universe out there for you to get lost in, and you have nearly a month before season 4 returns on January 30th. Dig in.